European Parliament admits a complaint from FUNDACIÓN INGENIO against MITECO (The Ministry for Ecological Transition and Demographic Challenges) for failing to comply with environmental directives. 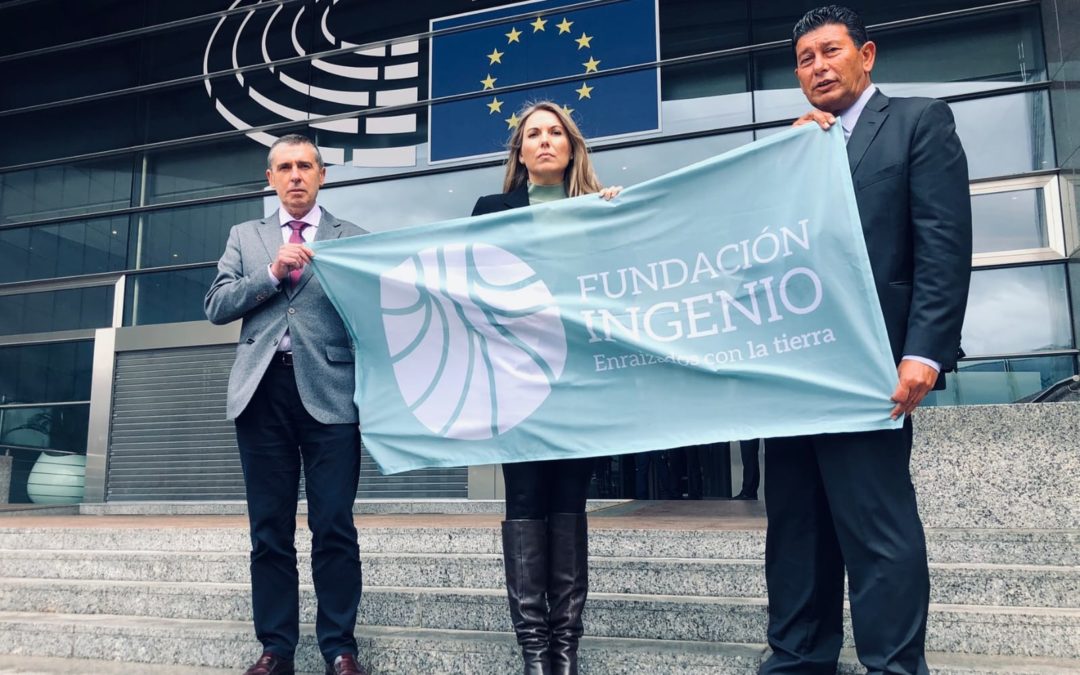 FUNDACIÓN INGENIO has reported the failure to enforce two European regulations before the Petitions Committee of the European Parliament.

The European Parliament has admitted a report filed by FUNDACIÓN INGENIO, which is for the breach of two European directives by the Ministry of Ecological Transition and Demographic Challenges (MITECO), led by Teresa Ribera, for processing.

“The final objective of these two directives is to ensure that both groundwater and lagoons are purified, allowing for, in addition, compatibility between the environment and agriculture”, highlighted the director of FUNDACIÓN INGENIO, Natalia Corbalán.

The directors of the FUNDACIÓN INGENIO travelled to Brussels to explain to the MEPs the current situation of helplessness they are experiencing in the face of a failure to implement the infrastructure that could solve the problem of the Mar Menor, according to sources from this organization in a recent statement.

In addition, meetings were held with some consulting firms specialized in European projects and environmental solutions, such as FINNOVA, as well as with European associations representing the agricultural sector and environmental sustainability organizations.

When meeting with the members of the European Parliament and the European Commission, FUNDACIÓN INGENIO, which promotes compatible and innovative ecosystems that allow for the coexistence of the environment and sustainable precision agriculture, explained their report against the Spanish administration for non-compliance with the Framework Water Directive, and how its articles expressly request “to reduce the contamination of groundwater, as well as to protect, improve and regenerate all bodies of water to guarantee a balance between extraction and replenishment”.

In the words of FUNDACIÓN INGENIO´s director, Spanish administration “neglects to execute the action programs and to satisfy the water demands described in its own hydrological planning”. “These measures are irreplaceable and essential to stop and reverse pollution,” warns Corbalán.

“If the measures described in the hydrological demarcation plans were fulfilled, such as the Zero Waste Plan, approved by the ministry, the pollution problems of the Mar Menor would be largely solved,” reveals Natalia Corbalán. “Hydraulic infrastructures and numerous measures for the modernization of irrigation have been paralyzed,” she adds.

In the petition, FUNDACIÓN INGENIO also criticizes the Spanish administration for shirking its responsibility and “imposing burdens on farmers” that represent a “disproportionate cost to the environment and the economy.”

The failure to comply with the hydrological plans has generated “a lack of confidence and credibility on the part of the ministry,” she denounces. “Their inaction has a negative impact on the environment,” says Corbalán.

NITRATES DIRECTIVE: “REDUCE, DO NOT PROHIBIT”

Another of the European regulations breached by the Spanish administration is Directive 91/676 / EEC on the protection of waters against nitrate pollution produced by agricultural sources.

The objective is to act preventively against nitrate pollution and reduce current uses of nitrates for agricultural purposes. “This directive calls for reducing water pollution by nitrates, but does not anticipate in any way the elimination of agriculture”, explains the director of FUNDACIÓN INGENIO.

To put it into practice, there needs to be a legal framework that promotes the reduction of nitrates, and it is precisely the lack of these measures that is denounced by FUNDACIÓN INGENIO. “To date, the measures adopted in Murcia are insufficient to comply with this directive, despite the fact that there is clear evidence that the authorities are aware of the causes of contamination,” denounces Corbalán.

Finally, the director of the FUNDACIÓN INGENIO recalls that there are already sanctions from the Court of Justice of the European Union to member countries for not having adopted additional measures to comply with these directives. “Spain, far from complying with community regulations, is adopting measures aimed at ceasing agricultural activity in Campo de Cartagena”, Corbalán concludes.